232 step upgrade of UMA in the Google Scholar citations 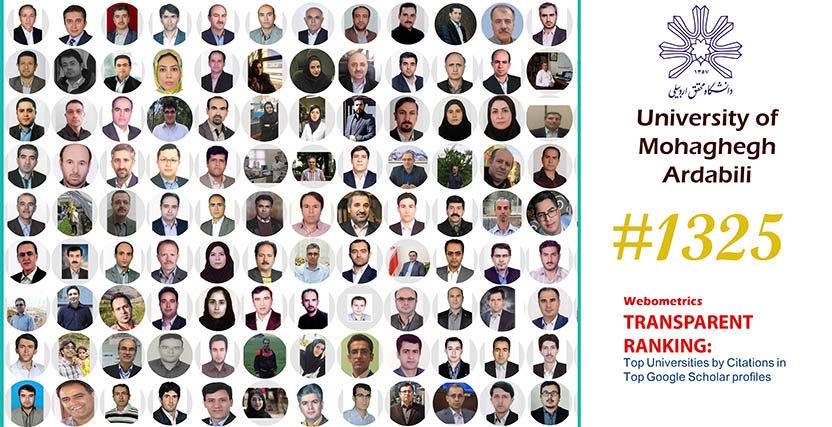 According to the university's public relations report, Dr. Shahram Jamali said: "According to the latest ranking published by Webometrics (July 2020), the University of Mohaghegh Ardabili was ranked 1325th in the world with 232 steps promotion, based on the citation index in Google Scholar."
He added: "the increasing citations to the published manuscripts by university researchers is showing the qualitative increasement of scientific products in the University of Mohaghegh Ardabili, and in the current ranking, where the total citations to the manuscripts of 210 top researchers of each university in Google Scholar is the basis of evaluation, University of Mohaghegh Ardabili with 7 steps up compared to the previous period and above the universities of Kashan, Noshirvani Babol, Urmia, Zanjan, Sahand Industrial, Razi Kermanshah, Kharazmi Tehran, Alzahra, Arak, Yasuj, Shahroud Industrial, Shiraz Industrial, Shahrekord and Kurdistan University, ranked 17 among the affiliated universities of the Ministry of Science, Research and Technology
Related topics | Print version | Send to friends |
View: 395 Time(s)   |   Print: 126 Time(s)   |   Email: 0 Time(s)   |   0 Comment(s)
© 2017, www.uma.ac.ir
Design & develope by yektaweb